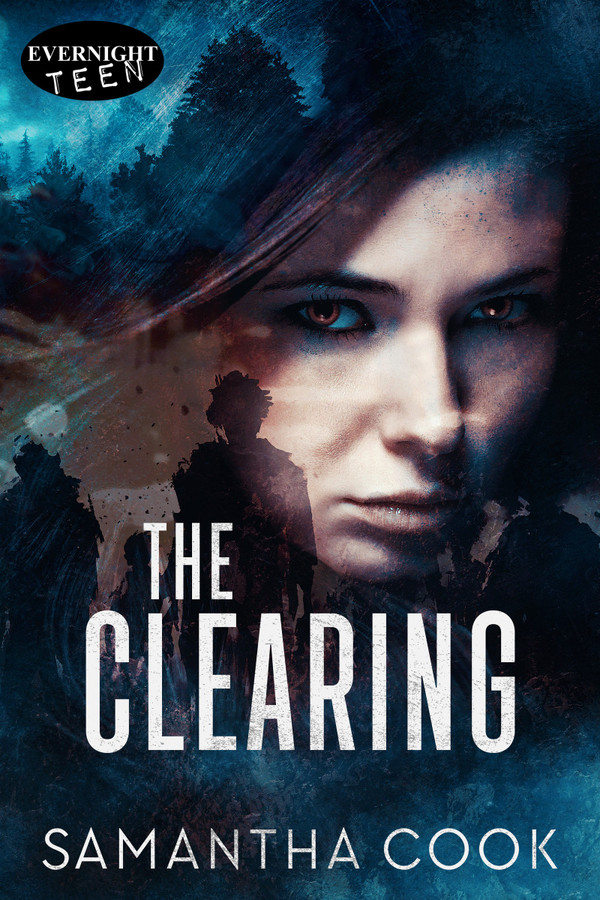 In the last surviving village, Ruby has made a name for herself as a rebellious teen. She challenges the Seers who use their visions to execute criminals before they commit their crimes, and, just like her father, she faces banishment into the forest of the undead.

When a Seer sacrifices themselves to protect her, Ruby believes she has a future worth dying for – one that could help reconnect her village to undiscovered settlements. One worth waging the village's safety, just like her father.

With her friends risking their lives alongside her, Ruby must find someone who understands the psychic-undead link to uncover the Seer's not-so-heroic intentions. The psychic’s prophecy might be against her, but Ruby still has a chance to save her village if she is willing to go against everything she thought she believed in.

Through the gaps in the gate, I study the flight path into the forest, clinging to the bars the same way I did at my father’s banishment. The air is sickly sweet from the honeysuckle, much like the day it happened, which makes sense. Today is the anniversary.

Three winters have passed, but I will always remember the heaviness of the hand that rested on my shoulder. It belonged to my older brother Jacob, who towered above the crowd, even back then. His jaw tightened as the gatekeeper dragged our father to the fence. I envied his view as I struggled to break past the wall of legs and torsos.

A storm of emotions brewed inside of me as I waited for Dad to do what he did best. This was it. Either I would never see my father alive again, or he would become the hero who breaks the cycle. I knew which he’d be. He’d never let me down.

The hinges of the gate screeched, the noise grinding my spine like sandpaper. I pushed up onto my tiptoes for a last glimpse of my father, but my brother’s hand weighed me down.

I couldn’t stop myself. What was the point of the Sentencing if I didn’t get to say goodbye? If I couldn’t show him how much he meant to me?

The wall of bodies parted, and I took my chance. I tore out of my brother’s grasp and squeezed through the pit of muddy farmworker arms and itchy woolen clothes. I knew it was dangerously disobedient, yet only one thought beat with my racing heart.

What if Dad needs me?

The gate screeched shut—my last chance. I needed to show him I would always be on his side.

I wrestled to the front row, grabbing the bars and pulling myself to the front. The iron of the bars mixed with the sweet summer flowers in the air, the sickly metallic taste churning my stomach. Still, I pressed myself as close to the railings as possible so I could peer between them and at my father.

Dad glanced over his shoulder, and my heart pounded against my chest. His copper-brown eyes searched the crowd from the other side of the gate, the side that no one returned from alive, not when they were Sentenced.

He wore the same leather trousers and woolen shirt as always, but a burlap bag hung from his shoulder, a bag I had never seen before. The village Seers, the ones who Sentenced him, must have given it to him to prepare him to run into the forest of monsters. It would all be in vain, because I knew my dad would never run. Not willingly, at least.

“Come on, Dad,” I whispered, waiting for him to snap. Any minute now, he’d pump his fist in the air and yell his mind to the crowd like he always promised. They’d believe him, too. They’d pull him back into the village and herald him as the new leader.

I tapped the bars impatiently and studied his face. How did his stubble grow so quickly? Two days ago, when his chin was smooth, he had chased me up the stairs, tickling me into bed. Now a gruff shadow lurked on his face, and he would never set foot in our home again, not unless he acted now.

Do it now! I screamed in my head. You promised you wouldn’t become like the Sentenced before you. That if anyone came for you, you’d put up a fight.

But as he approached the edge of the Circle, his skin wasn’t a passionate pink. Nor was he pallid with fear, or frowning, or cursing. He looked … flat—scraped clean of the father who raised me.

My breath caught in my lungs as our eyes met, copper to copper. His strong features relaxed, the age melting from his face as his frown loosened.

With a burst of energy, he ran into the forest faster than anyone I had ever witnessed. I screamed, breaking the traditional silence our village held during a Sentencing, yet it changed nothing.

His footsteps were thunderous. Each thump stomped against my stomach and pulverized my hope. Every promise he had ever made, I had taken to heart, and they shattered inside of me as my father grew smaller and smaller, tearing into the distance.

He had offered himself to the monsters of the forest, just like the Sentenced before him.

The crowd dispersed. The heat and sweat of their bodies dissolved. An icy breeze doused me in a freshness I never asked for. It cooled the burn of betrayal from my skin and blew tears from my cheeks.

My brothers’ voices echoed around the hollowness inside of me. They tried to coax me from the gate, but I wasn’t ready to let go of the bars. A trail of blood trickled down my wrist from clinging so tightly, but the biting pain in my heart drowned out my other senses. I didn’t want to let go. I didn’t want to forget.

If cameras still existed, I could have captured the moment exactly how it was, or so the books from the Once Modern age seem to suggest. Instead, I replayed his banishment over and over so that I’d never forget. The way he winked. His powerful run.

How could he do this to me?

It took me until nightfall to finally understand. My dad wouldn’t leave me here. My dad would never follow orders set by the Cult of Survival and their Seers. My father believed there were others out there, people who still owned technology capable of saving us all.

My dad had a plan.

I still believe in him, but I haven’t seen him since.

Semi spoilers ahead!! What a rollercoaster! The Clearing is a fantastic YA read. The protagonist, Ruby, tells a gripping, heart wrenching story of how her and a few friends and family escape her village to look for a better future. Ruby herself is a very interesting character to follow, she can be often frustrating at times but this makes for a more intriguing story. Her character development through the story keeps you glued to the page. I really loved how her relationship with Alex develops. I loved the way the author describes all the modern wonders that Ruby encounters too, it really sets the atmosphere for the story. The book itself is quite short, with short chapters which I much prefer. The entire book is paced well and does not drop at all. I'd fully recommend this book to anyone who enjoys young adult fantasy/adventure. This isn't just another 'Zombie' story and there's definitely a whole other layer of depth to this world which i'm hoping the author will explore in a sequel

Great book. A real page turner. Couldn’t put it down. A really good dystopian fiction around a central strong female character. When is the next one coming out?

I loved this book. It had unexpected plot twists and engaging characters. Really difficult to put down! Can't wait to read the next one

This book is great! The story is engaging and pulls you in from the start. The way its written allows me to relate to Ruby, the protagonist, and feel what she's feeling. I cant wait for the next one!