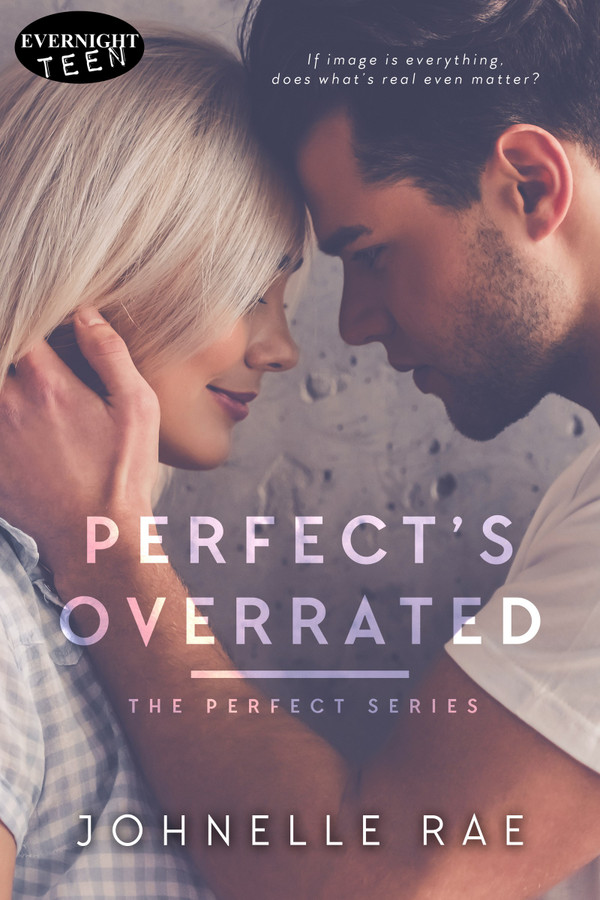 If image is everything, does what’s real even matter?

By senior year, wannabe chef Sutton “Mac” MacNabb should have learned how to read. Instead, school’s turned him into an expert on bad grades and girls. Mac’s impression of a guy who’s happy to be going nowhere in life is almost as flawless as his recipe for soufflé.

Merci Danielson has it all: beauty, brains, personality, and parents who are accomplished French chefs. But underneath Merci’s carefully-crafted public persona lies a disability, and self-doubt, that no one would ever suspect.

When school and a connection to cooking force Merci into Mac’s classes, his kitchen, and his life, the two seemingly polar opposites attract on a level much more real than either of their reputations.

Monday. Resource. I’m trying not to laugh as Wes imitates Sarah. She’s one of the better-looking girls in our class. Usually. At the moment, her lips are scrunched together and she’s slathering them with gloss. Someone should tell her she looks a hell of a lot better without all that purple goo on her mouth. I’d do it, but removing a combat boot from my crotch isn’t on my agenda for today.

Sarah notices Wes when she closes her compact. “Asshole,” she says. She flips him the bird and turns away.

So Wes zeroes in on Adrienne instead. I clear my throat and give him a warning look. He should know it’s not cool to make fun of someone who won’t—or can’t—give it back.

Wes shrugs, then scans the room for another target.

I follow his gaze. Right now, I’m searching for a little distraction. I’ve had it with the comprehension sheet that’s my assignment for today. There’s a huge smear of White-Out in the center of it, obviously in the shape of a dog.

Maybe Mrs. Brite thought if she made the doggy disappear, I wouldn’t know the story was taken from an elementary school textbook. Or maybe she wanted to save me the embarrassment of trying to read while being mocked by a cartoon puppy. Either way, her efforts were useless.

Wes sighs, loudly. I feel like saying I hear you, man. I guess he and I have come to the same conclusion: this place sucks.

And then just like that, an angel walks through the door.

Wes’s eyes nearly fall out of his head. He whistles low, under his breath. “Hot damn,” he says. “I think I’m in love.”

Apparently, I’m the only one who’s lost the ability to speak. Wes might call it love, but I call it lust. Either way, it’s got me in one hell of a stranglehold.

I swallow hard and clear my throat. “Whoa,” I say. “Didn’t know you had a thing for Mr. O’Riley, dude.” I gesture toward the guidance counselor, who’s standing in the doorway alongside her.

Wes lets out a loud snort. Loud enough to catch the attention of Mrs. Brite.

She gives him a look, which he ignores.

“Watch and learn,” he says. He stands up and runs a hand through his pretty-boy blond hair. He smiles his megawatt pretty-boy smile. The bastard even has the nerve to wink at me before taking a step toward the front of the classroom.

I find myself itching to rearrange his teeth.

Wes’s smile disappears only for a split second. Then he’s oozing his particular brand of charm again. He sits down. “Sure thing, Mrs. Brite,” he says. “I just thought I’d introduce—”

“I’ll take care of all necessary introductions in my classroom, sir.”

Mrs. Brite’s on the move toward Surfer Dude and the angel, but she’s talking to Wes. “I understand if you want another bag of animal crackers,” she says, “but you should know I only give those out during the introduction game we play here on the first day of school.”

To steal one of Wes’s own catch phrases, hot damn. Score one point for the teacher. I want to cheer her on, because right now, I feel like she’s on my team.

I glance over at Wes, and he’s actually decent enough to be blushing a little.

I ignore him. My eyes are glued to Mrs. Brite. She’s talking quietly to Surfer Dude now, and I’m trying to hear what they’re saying. No doubt it’s about her.

Surfer Dude’s brought some sort of electronic device with him. Mrs. Brite’s real interested in it. He passes it to her, and she straps it around her neck. The angel looks at her and nods.

I’m so focused on what the three of them are doing, I don’t even notice that Sarah gets out of her seat until she plops down in the empty desk next to mine.

“Is that a new chick?” she asks in my general direction. “Is she in our class? Do you think she’s a senior?”

“How the hell do I know?” I snort. “Do I look like the class secretary to you?”

Unfazed, Sarah flips a long piece of blue-black hair over her shoulder. “I’m disappointed in you, Mac,” she says. “I thought you were the expert around here on all things female. And hot.”

It comes out like she means for it to: dirty-sounding.

And nothing dirty ever should be associated with the girl who’s just shaken today way up. She’s pure. Wholesome. The wide blue eyes say it. The long, shiny blonde hair says it. The slight hint of a smile on her bare pink lips all but shouts it to the world. She’s wearing cowboy boots, skinny jeans, and a fluttery green blouse.

And I want her. Bad.

Great read! I’m a slow reader &amp; sometimes lose interest. This book went quickly for me &amp; kept my attention the whole time. Love the story and the characters. Looking forward to more from this new author.

But I can&#039;t help being a sucker for it! I loved these characters. Merci is sweet and sassy without being bossy or holier than thou (which I HATE in a female lead). And Mac is a hot guy who knows his way around the kitchen. Double yum! I keep coming back to this romance publisher because the books are easy reads and easy on the wallet!! I liked this story so much I bought the print version.

Wow! I couldn&#039;t put this book down, read it in two days. The author really draws you into the characters&#039; lives, adding details as the story unfolds that, together with pitch-perfect dialogue, believable situations and engaging storytelling, makes you care about what happens to Merci, Mac, their friends and their families. I loved how the author switched the point of view with each new chapter, alternating between Merci and Mac , allowing us to see what each of them thought and felt about the same situation. This book will keep you interested, is fun to read, and will have you clamoring for the second book in the Perfect Series!