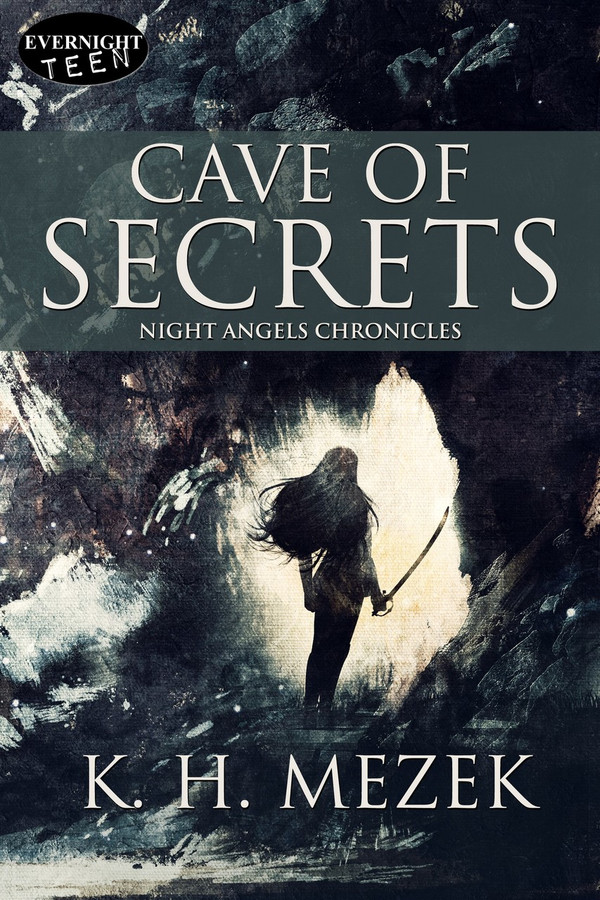 A demon force is taking over Oak Haven and people are dying in horrific ways. Somewhere beneath the city lies the hidden chamber and the Secrets to the Origins of Life. If only Sera can find it, maybe she can stop the violence. She needs her dad to help her and she’s certain he’s still alive. But in order to find him, Sera must make a pact with her nemesis, Fabian Gore.

Peter, the Night Angel has vowed to love and protect Sera, but even he can’t help her in this task. Nor can Jimmy, the human whom she knows she can trust. Only the “girl with crazy eyes” can lead Sera to her father. Without her dad, Sera doesn’t think she can go any further.

Taking a deep breath, I drank from the goblet along with everyone else, careful to sip it slowly as I’d been taught. An exquisite rush came over me. The blood of the Ancient Ones from Gore’s crypt and the crypt of the Night Angels, mixed together and entering my body. All at the table felt the same jolt. Only the demon did not drink, and I had a glimpse of her watching with a hungry fascination on her human face.

At last, Gore placed his cup back on the table with a sigh. We all echoed his actions. His eyes met mine and his lips curled into a satisfied smile. “Did you ever imagine that one day you would drink with me, your most reviled enemy?”

I didn’t bother to respond. The only thing registering in my mind was euphoria.

So this was it. What it was all about. Everything reduced to rapture of the blood. No orgasm could beat this. My half closed eyes rested on Peter. Well, perhaps…

Gore was speaking, and I had never heard him so relaxed, so informal. I realized that although I was high on the blood, I was more aware of everything around me than I had ever been. It was as if the world had grown clear and crisp and more beautiful than I had ever thought possible. The denizens at the table were gods and goddesses. And I was one of them.

Gore was speaking to me and although I was extremely relaxed, I heard and absorbed every word. “Life is filled with the oddest twists and turns, Sera. I do entertain the hope that one day you’ll change your impression of me. You have no idea how much I long for that.”

Marianne laughed softly, lazily. She looked magnificent, more seductive than ever, with her long red hair lapping her shoulders like flames. “You always had such a love and loyalty for family, didn’t you Fabian?”

Gore gazed back at her, one eyebrow arched, enjoying the pulse of the blood and the playful words. “You will never escape me, my priestess.” His eyes roamed around the table. “None of you will. I am so old. As old as the Queen. You all belong to me, really, you do. Although some of you are wayward, this is my family and I am at its head. Much as some would like to deny it.”

Marianne rose from her chair and the atmosphere at the table grew electric as we watched her move languidly around until she was in front of Gore. He did not try to rise, but stared up at her where she stood with the advantage above him. Her nostrils flared and her eyes narrowed. Her long hair tumbled down, a thick lock resting on the top of Gore’s spiky white hair. Fire meeting ice. “Yes, we would like to deny it. That is part of our pain. Our deep wounds. As you, too, are wounded, my darling Fabian, my king, my Sekmerhet. Even you.” She reached out and ran a finger gently down his cheek. In its wake, Sera saw a thin line of pink pulse and then disappear. Gore’s eyes closed, while his face and body remained an immovable statue.

Marianne stepped away from him. “So much pain. So much denial. I pity you, my darling. All that striving for power.” She closed her eyes for a moment and when she opened them again, they were wide and trancelike. “It won’t end well for you, my dearest king. I can see it.”

I expected mockery from Gore but, rising from the table, he answered softly and without malice. “The Druid priestess has spoken and I listen with respect. However, I hold no stock in prophecies. I make my own destiny.”

“We shall see,” Marianne murmured back.

Key of Mystery by K.H. Mezek

Book of Angels by K.H. Mezek