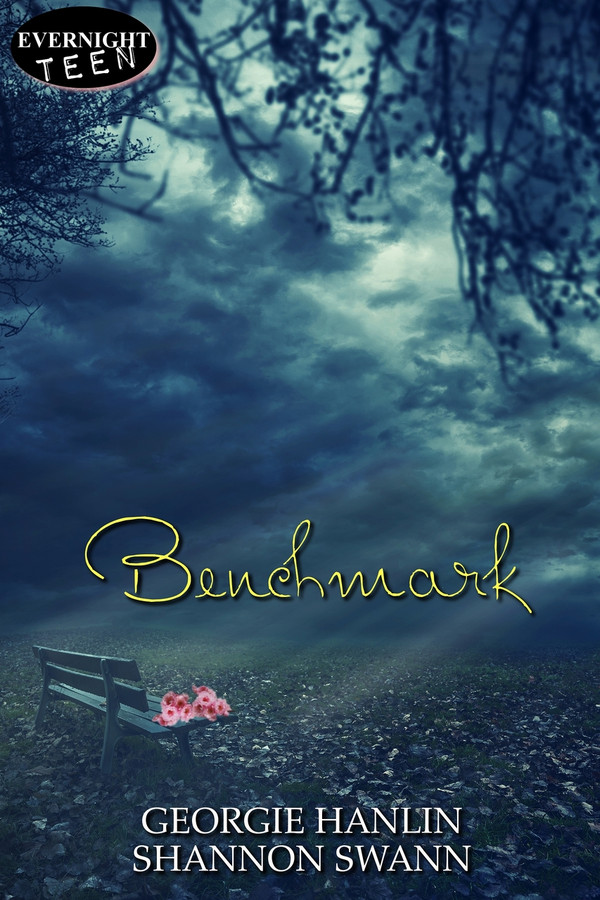 Harper Kingsley has the perfect life until her brother, Braydon, commits suicide.  After his death, Harper returns to North Star, a sailing camp on Whidbey Island where she and Braydon spent eight summers together.  Joining her are her three best friends who are ready to rule Senior Hill. Harper just wants to escape to the only place she feels is truly magical.

At North Star, Harper tries to forget her reality, but it’s impossible because she comes face-to-face with her brother at a hidden bench in the garden.  Is it really him or just her imagination?  She knows Braydon is dead. Why is appearing in front of her? Scared at first, Harper rejects his presence, but once he explains that she is the one who brought him back, she wants to hear him out.

Harper chooses to keep these encounters to herself. Who would believe her anyway?  It’s Jeremy Miller, the camp’s ultimate heartthrob and Piper’s ex, to whom she will eventually reveal her secret. And he has a secret of his own.  Their camp romance turns Harper’s friends against her, giving her one more thing to juggle this summer at North Star.

“Seriously, Harp,” she began, “if you and Jeremy like each other, you should just be honest about it.” It was obvious to me that the three of them had been talking about this behind my back.

“That’s not even the point, Anna,” I barked defensively.  “We don’t, I mean, I… he… look, Jeremy’s a nice guy and he was friends with my brother.” I felt short of breath trying to explain myself.  “But that’s all irrelevant. The point is: everything in this world can’t always be about Piper.  At school, at camp, wherever we are, it’s always about Piper and her boyfriends or her exes or her soccer or her clothes or her life or whatever. I am so tired of her.” Those were my honest feelings right at that moment, but deep, deep down, I knew I was just jealous of her uninterrupted life.

“Look, I know you’ve gone through a lot, this year Harp,” she whispered sympathetically, undoubtedly trying to calm me down before we started to draw a bigger crowd.

There was the pity. I hated being pitied.  I could feel my eyes start to well up so I began to blink frantically to stop tears from falling down my face. I was so sick of crying.

“Thanks anyway, Anna, but you actually have no idea.” Anna had been nothing but a friend to me, and I knew my words had hurt her. “One year ago, my life was normal. It was happy and calm and predictable.  I was up here having fun with my brother and you guys, loving it all, probably just like you are this summer.  But, for me, it’s different now. Everything’s different. And it won’t ever be the same again.” I was barely able to finish my sentence, but I could see through my teary eyes that Anna looked uncomfortable, like she didn’t know what to do with me.  We had inched our way from the center to the edge of the art shed, far enough from other people’s earshot, but close enough for anyone paying attention to clue in on all the drama.  I had to get out of there. People were starting to stare.

Hanlin &amp; Swann&#039;s moving story of a young girl navigating a tragic loss and emerging with a renewed &amp; empowered sense of self gripped me from the first page. A deeply satisfying read.

Benchmark was just the kind of book I liked to read in my early teens. Reading it as an adult my interest was held all the way through.

Hanlin &amp; Swann&#039;s moving story of a young girl navigating a tragic loss and emerging with a renewed &amp; empowered sense of self gripped me from the first page. A deeply satisfying

The authors have written a wonderful book for young adults or parents who want a window into their teens lives. A difficult and sensitive topic is handled with care in a well-crafted story.

This is a well written young adult novel about coming to terms with the loss of someone near and dear to suicide. The topic is heavy, but the authors did an excellent job of creating characters that were believable and engaging. As I read, I truly felt like I was at camp experiencing the drama of teen relationships and the grief, anger and sorrow of loss of a loved one, and then eventually being set free to move toward life, laughter and love. This book would be an excellent resource for anyone who has tragically lost someone close to them. Even if you have never lost someone dear to you, it would help one know how to BE around someone who has.

*Warning* Very sensitive topic. I felt every emotion that was to feel with the characters of this book. The book is well written and touches the topic that seems to be growing in today&#039;s society. The character of this book also learns how to to deal with loss. It&#039;s a great story. A story that once you start it will become hard to put down! *Received for an honest review*

An important book with a heartfelt message. A must read for anyone who has ever lost a loved one. This is a beautiful story.

This book is thought provoking and deals with relationships in such a insightful way. A great read by one our new promising authors. Buy it and enjoy the book. It will be a great book for transition to a movie script.