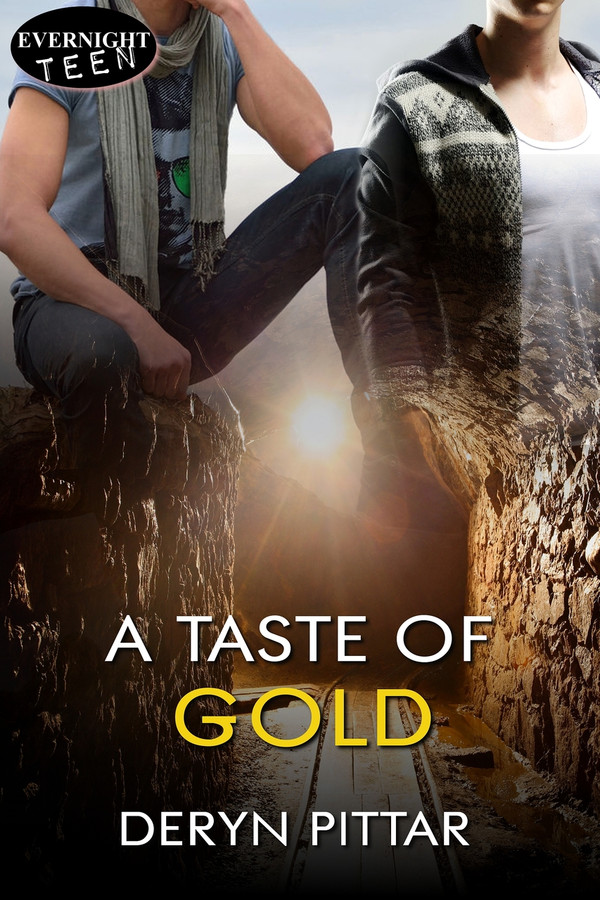 Psychic twins with special talents meet two thieves, two Taniwha, and one pretty reporter as they experience the adventure of a lifetime…
On a prospecting holiday, brothers Jason and Levi discover an ancient supernatural creature, a Taniwha named Otanewainuku, who gives them ‘humming stones’ in exchange for their silence about its treasure. They also cross paths with two thieves. Their supernatural abilities to find hidden gems and precious metals help them find the stolen goods and turn them in to the police—twice. But when they meet reporter Abby Hennessy, her story on their good deed attracts the wrong kind of attention.
When the thieves capture Jason to use his talents, Levi has to rely on their psychic link to guide the police while not revealing their powers. Abby wants to help, and she and Levi search for the thieves, not knowing that Jason is going to use the ‘humming stones’ to call on another Taniwha for help…
14+ for adult situations
Excerpt:
The morning sun lit the cabin’s cream painted walls, enough to lighten Jason’s closed eyelids and wake him up; that and the roar of a motorbike’s engine. Its revving bursts of power made further sleep impossible. He pulled the faded curtain aside just in time to see the bike hurtle past, ignoring the five miles per hour restriction, the rider wove between the pitched tents, onto the narrow sealed road and out of sight. There wouldn’t be many campers left asleep now, but it would take more than a noisy engine to wake Levi. Looking at his brother asleep in the opposite bed, Jason couldn’t resist the temptation.  He lifted his pillow and threw it, scoring a direct hit on Levi’s head.

“Wake up.  It’s your turn to be in charge today, bro. If you sleep any longer, you’re wasting ‘boss’ time.”

His brother rolled on to his back and stretched. “Hell, I’m thirsty. How about getting me a drink?” he said.

“Nah, drag your sorry butt out of bed. Let’s go to the communal kitchen and make a cooked breakfast after we’ve hit the showers.  Or you can lie there and make a plan.”

Jason laughed and dodged the returning pillow as it flew at him.  He bounded down the steps, trotting across the grass to the ablution block. He’d almost reached the green concrete-block building when the sound of gems singing stopped him in his tracks.

He could hear several diamonds keening, a sapphire’s contralto and a few rubies singing at a lower pitch. These were the first gems he’d heard since they’d landed, other than those in the duty free shops at the airport. But where were they?  He turned around slowly, locating the direction of the gem-song. There, that way, to the right across the path. He followed the song, immersed in the melody, until he stood next to a dust-covered red car. Somewhere inside this battered vehicle lurked gems, and their value by the sound of their voices would be much more than the car’s value. The tone and clarity told him these were cut gems, possibly mounted. He needed Levi to tell him if they sat in silver or white gold, platinum even.  Not that it was any of his business, but it all seemed a bit odd.

A shout from behind startled him. “Hey you. What’d you want?  You looking for something?” The gem-song in his head had deafened the approaching footsteps. He turned around to face the man who towered above him, dark-skinned, sporting a scraggly moustache and a menacing frown with shoulders as wide as a truck. Or so it looked standing in his shadow.

“You trying to be funny?” The frown lines deepened on the man’s face and his lips curled.

“No, honestly, I like old cars and this one’s a beauty.”

The man straightened, his chest expanded and a smile crept across his face. “Well, she’s a bit dusty, but she cleans up well.  Done nearly three hundred thousand miles, but she tracks along. Rattles a bit, but not bad for a ‘74 Capri.”

Jason nodded his agreement.  “Do you mind if I bring my brother to have a look at her?”

“We’ll be right back.”  Jason trotted across to their cabin, all thoughts of a shower pushed to the back of his mind.  He mentally called to Levi as he ran. Out of bed, Levi, I need you—NOW.

No need to shout, I’m on my way. What’s wrong?  His brother’s tousled head appeared around the cabin’s doorway, his lanky frame following like a forgotten set of limbs.  Hopping as he slipped his feet into his thongs, he came down the steps to meet Jason.

“There’s an old car over there,” Jason pointed to the red Capri, “and it’s full of gems. The owner’s a bit dark on people looking at his car, but I told him we liked old cars and asked if you could have a look.  He agreed, but he’s leaving soon. We need to hurry.”

“I think the gems are cut and mounted. Their song is really clear and bright. You can tell me if there’s gold or platinum, or rose gold or something in the car. I reckon the gems are stolen rings and things.”

“What? And drive around in a rust-bucket like that when he can afford to own a heap of gems.  Nah.”  Jason began to walk back towards the car, leaving Levi to trail behind. Just pretend to be interested. Okay? I don’t want to spook him.

Got it. I love old cars. Watch me drool.

Back at the car, the twins walked slowly around it, nodding in appreciation, running their hands over the bodywork, leaving trails in the dust and making admiring noises.

Gold, platinum, and some white gold, I think.  Also some silver because I can taste pineapple and that’s usually silver.  Might have something else mixed with it.  There’s not a lot there, but probably just enough to hold the gems in rings. Might even be a bracelet or a necklace.

The car’s owner stood nearby watching their every move. At last murmuring their thanks the twins wandered off towards the ablution block. “What’re we going to do now? We can’t go to the nearest cop shop and say ‘hey, we know where some stolen gems are’. They’d say ‘Oh yeah, how d’you know that?’”

Jason couldn’t fault the logic of Levi’s comment.  “But this morning a motorbike started up and I looked out the window. The guy driving looked like the monster who followed us yesterday, the marijuana grower. They might be mates?”

“Then they’re both too big and ugly to tangle with. Leave it.”

“I hate to leave the gems there, Levi. It’s like they’re crying.”

A great YA adventure that I enjoyed reading in one sitting. I liked the two main characters, the twin brothers, Jason and Levi. Their characters were well-formed and they had lovely interaction. This showed especially well when they met Abby, and when the tension in the story was the highest. Perhaps I would've liked a little bit more teasing between them, because boys usually like to banter, especially when a girl's involved. I also liked the story, particularly the inclusion of mythical creatures. I enjoyed getting to know more about the New Zealand folklore. The descriptions of landscape and nature were magical and made me want to see the places mentioned. Altogether joined into a suspenseful, enjoyable read.

A legendary adventure, in which Australian twins Jason and Levi spend their summer break in New Zealand’s Bay of Plenty, indulging their passion for mineralogy. The only trouble is, their unique ‘skills’ get them into a bit of trouble with some local thugs, drawing the attention of the media, and it’s going to take more than a little help to get them out of it. Combining lots of cool facts about the mining locations of this beautiful area, and just a touch of romance, this is a rollicking adventure for younger teens. A fun read.

Jason and Levi remind me of Fred and George Weasley, in the sense that they’re totally in sync with each other and love a good adventure. Their gifts for gold and gems could have made them the richest men in the world, yet they have an innocence about them where they just want to do the right thing. I love the way the writer evokes the senses, bringing the gold and gems to life through the twins who can physically smell and hear them. The story takes the Australian twins on a road trip through The Coromandel Valley in New Zealand. They’re on a prospecting holiday but they stumble upon some gang thieves and find their loot twice. Being the good boys that they are, they return it to the police, only to attract media (and possibly physical) attention from a local reporter Abby. Unfortunately, this media attention helped the thieves track them down and Jason is captured. Another interesting part of the book, which is where it brings in ancient folklore to life. Taniwhas are part of Maori mythology. I found this book enthralling and I was glad to be able to finish it in one sitting as it would have annoyed me not to know what happened next. I love the way the author made the characters grow on you to a point that you can connect to them, despite not being a twin or having psychic powers. However, it was slightly anti-climatic to me, where I was hoping for a bit more action towards the end – however, I guess there’s only so much that can happen on one road trip (believe me, I know about road trips and strange happenings). And it allows space for a sequel if intended by the author. :)