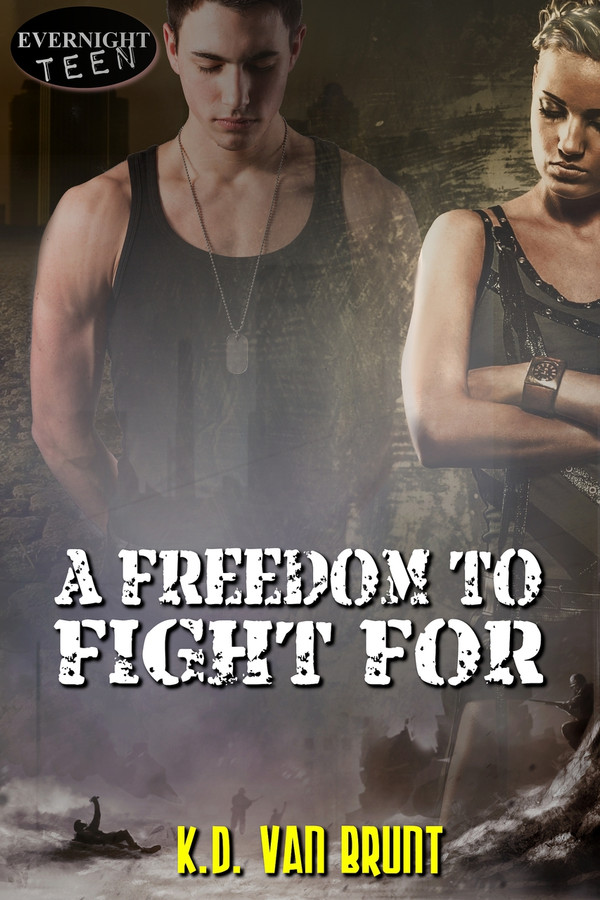 All Jace has ever wanted was to escape the control of Cracked and run.  Now, Gray is on the escape-from list too.  She can’t bring herself to ever face him again, not after his betrayal. Angry, disillusioned, and broken, Jace accepts a permanent assignment to the President’s security detail, intending to never see Gray or Cracked ever again.

But something changes inside her.  With the United States facing an unprecedented threat that only she and Gray may be able to stop, Jace confronts a choice.  She can cut and run, or stand and fight alongside the boy she swore she would never let inside her heart again.

14+ due to language, violence, and adult situations

Lauren and I head down Pennsylvania Avenue making for a nearby gym with a boxing ring, trailed by a considerable crowd of onlookers, most of whom are Secret Service agents. Once inside and changed, I make my way into the ring, dressed in blue boxing shorts and a white sports bra. Roz helps me slip on the red, Everlast boxing gloves. These are my competition gloves I had sent over from Cracked. James has agreed to let Lauren and I fight without headgear. Otis helps Lauren with her gloves.

Roz appointed himself my cornerman and cutman, as if I need either, and he insists I call him Mick. Whatever. I allow myself a quick glance around the gym. A nice crowd has assembled. I recognize many of the agents who are betting against me. Otis said he’d been approached by other agents about getting a piece of the action. I told him I was willing to put up to $15,000 on the line. Otis hit that ceiling in an hour. Apart from the agents, I see a number of staff I haven’t met. In the few days we’ve been here, I’m amazed how many people have heard about the two bad girls who are constantly at each other’s throats. James holds the ropes apart to allow me to squeeze through into the ring. He’s going to ref the fight, which will go on for three two-minute rounds.

Lauren and I square off in the center of the ring, and James gives the signal for the first round to begin. She starts off fast, trying to bombard me with combinations, sending me on the defensive for most of the round. I dance back from her, blocking her punches and dodging away. She doesn’t manage to land much of anything on me, but I can’t land anything solid either. I think I see what her strategy is, but then I realize she fooled me, and Lauren slams her left glove into my mid-section, almost knocking the wind out of me. This is not Lauren. This is Clubber Lane. Her fist feels like a granite boulder. The round ends. I know she won round one with that punch. But I also hear a silent ka-ching, as I mentally pocket $500 from Agent Saunders.

Roz hands me a bottle of water, which I greedily drink from, while trying to control my heavy, labored breathing. When round two starts, Lauren tries to go on the offensive again. She immediately attempts the same combination that worked before, when she just about emulsified my insides with her punch to my gut. But I’ve already seen this move and when she tries to land the body punch again, I lash out with a right uppercut that tags her on the chin, sending her reeling backwards into the ropes. I hear gasps from the crowd. Before she can recover, I begin to rain blows on her, causing her to cover up and then clutch at me. She’s rescued from me by the bell clang signaling the end of the round. I watch her retreat to her corner, a glazed look on her face. Score this round to me. The match will come down to round three.

The final round starts out slow, with both of us dancing away from each other’s blows, our punches tentative. I don’t know what Lauren thinks she’s doing, but I want to land the knockout blow, so I’m waiting for Lauren to make the one big mistake that will enable my quicker hands to take her down. The problem is she has the best boxing form of anyone I’ve ever faced and there’s no room for error; one mistake and she’ll clean my clock—and vice versa. But the mistake never comes, so, frustrated, I stop dancing and move in on her. Lauren steps toward me and we both start swinging as fast and as hard we can. I manage to land a vicious right hook to her jaw followed by a wicked left jab to her forehead. This staggers her, but she steps closer to me and we stand toe-to-toe, hurling punches at each other non-stop. I drop any pretense of style and finesse. Lauren manages to get in a stinging blow to my mouth and I can taste my blood. Then she lands another crushing punch to my stomach, causing me to back up until I’m up against the ropes, but I’m not covering up. Lauren gets in another punch to the side of my head, but I tag her with a good right cross to the nose that staggers her and then I follow with a left to her jaw. Her knees are wobbly and I think that if I can land just one more shot, she’ll go down, but the round ends before I can deliver that one last blow. I let my gloves drop. I’m exhausted. I know my lip has been split open, and I feel my blood freely flowing down my chin. Lauren has her own river of blood to contend with, as her nose is oozing a steady stream of snot and gore.

Dance of the Pink Mist by K.D. Van Brunt