The Reality of Teen Dating Violence

It’s been years since my abusive relationship ended. 18 years to be exact. I was a teenager then, when my high school boyfriend and I officially parted ways as we headed to different colleges. But it wasn’t the storybook young lover saga I’d so desperately craved as a hopeless romantic teen. It was sad, confusing, and he often hurt me; sometimes it was visible and rage-filled, and other times with quiet, manipulative words that seared in my subconscious, making me believe that nobody else would ever want me. I even cried when he broke up with me, because I was just broken enough to believe him. I felt defiled, lost, and as if this tarnish was written all over my face. It was like he erased my teenage years in one hateful swoop. I lost memories, isolated myself from friends and family, made excuses for his behavior to myself and anyone who would listen; I was the textbook, perfect victim.

I was unrecognizable at the end, and it would be a long time until I came back to myself. I haven’t seen him since, but he lingered under my skin for years after. I thought I was free, but the constant looking over my shoulder, the gripping fear of that nauseatingly familiar ringtone that could chime at any moment, it was everywhere. He was everywhere, like a ghost that no one else could see. After years of therapy and support groups, I slowly became a person again. I learned how to maintain healthy relationships, I stopped breaking out in tears when anyone raised their voice, I let the horror fade from my body as I replaced it with self-care and love. And then I wrote a book.

Through my healing, I grew to learn just how common teen dating violence is, and it became my mission to help modern teens understand what is and is not normal when it comes to relationships. That's how The Starry-Eyed Series was born. When I was 16, having a boyfriend felt crucial and defining. I was already exposed to many adult, mature situations but without an adult, mature mind to match (even though I would’ve begged to differ at the time). We can’t expect teens to know what a healthy relationship is unless we A) tell them, or B) let them figure it out after a potentially dangerous game of trial and error. So, I decided I would tell them.

I interviewed dozens of teens from all walks of life as I wrote my books and I spoke to other survivors of dating violence. The common themes from my research were 1) a complex shame that prevented us from sharing our stories more publicly, 2) a deep belief that we could’ve or should’ve stopped or prevented the abuse, and 3) having our experiences be minimized and normalized at the time by our peers and other adults (“it’s just a phase,” or, worse, the deafening silence most people exude when faced with something unfamiliar, uncomfortable, and/or involving relationships). I took all of this anger, all of this strength, and all of the hope that still flickered lightly behind some survivors’ resilient starry eyes and put all of it into this book.

I wrote furiously and frequently. I listened to nostalgic emo-rock on repeat. I cried, and I reminisced, and I became drunk with courage. This thing I had been so ashamed to say out loud, this part of my past that I hated and wanted to be wiped clean from my soul, I wasn’t just ready to share it with a few close confidantes, I was ready to share it with the world. I was ready to identify myself as a survivor and tell a story that I thought needed to be told, because this story belonged to all of us. The story of a young, vulnerable, bright-eyed person who was manipulated, betrayed, and hurt by their angry, confused partner. One person who just wanted to be loved and so easily ignored the red flags that eventually and methodically grew into volcanoes. That was not just my story, it was her story, and their story, and his story, too. I heard it over and over again, I read it over and over again, and each word dripped with inspiration and solidarity.

My first book Forgiven Are the Starry-Eyed quickly resonated with teens and adults alike and I started being flooded with emails from survivors who finally felt seen for the first time. I traveled back to my hometown in Michigan where I spoke to high school and college students about relationships, dating violence, and the healing role that writing played for me. And in every interaction, I regained more and more of the power that I once thought was lost forever.

I wish I could speak to my 16-year-old self now. I would tell her that she is stronger than she knows, that she is full of love and virtue, and that one boy with messy hair and cold, dark eyes couldn’t erase that. And when it was over, I’d tell her to shout her story from the rooftops, because sinking into the silence that was forced upon her would only empower the surrounding darkness. 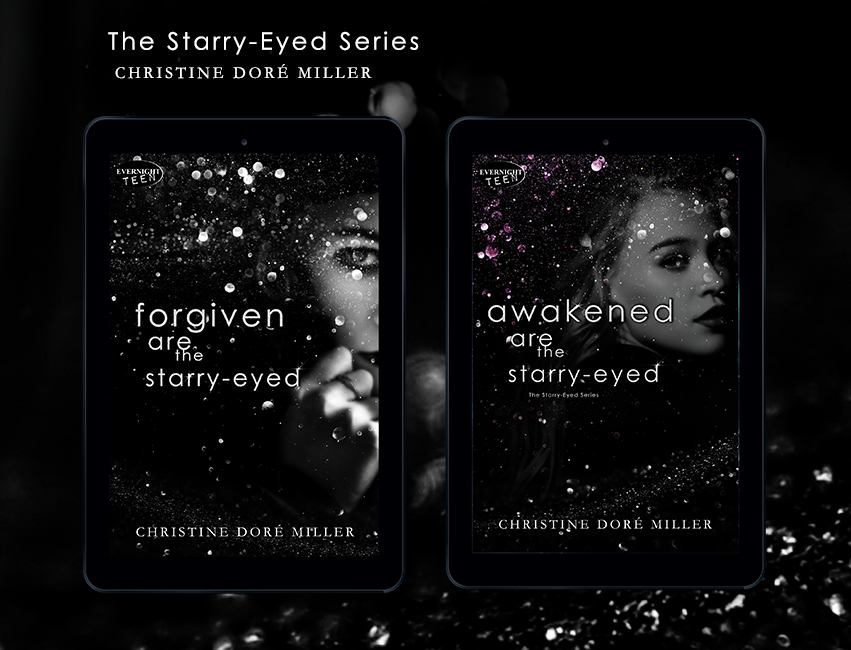