Why Neurodiversity is Crucial in YA Fiction

“Stop procrastinating. This is why you’re failing school!”

“You don’t have anxiety, all teenagers are dramatic.”

“ADHD? I doubt it. More likely, you weren’t disciplined enough as a child.”

“What do you have to be depressed about? Your teen years are golden.”

“You just want an excuse to slack off.”

I, and several of my friends growing up, heard some variation of these words. Particularly pre-2000's, as a general rule, neurodiversity wasn’t taken seriously by our parents and previous generations. From around 2010 onward, society saw an abrupt influx of adults diagnosed with PTSD, ADHD, depression, anxiety, OCD, autism, bipolar disorder, and many other mental quirks. Perhaps this was most noticeable when celebrities began being candid about their mental health. Kendrick Lamar came out about his depression in 2015. 2017 saw Ke$ha admit to struggling with an eating disorder. In 2018, Ryan Reynolds finally opened up about his struggle with anxiety – at forty-one years old.

It’s no coincidence: previous generations were taught that mental illness was only for war vets, if anyone. Psychology was dubbed a “soft” science which, by nature, gave it less credibility than “hard” sciences, such as physics, astronomy, and chemistry. So many teenagers then – and to a lesser extent, now – went and remain undiagnosed due to these perceptions and prejudices.

I got into YA long before Twilight hit shelves, back when Christopher Pike was king and L.J. Smith queen of supernatural YA (now classified as paranormal). Just as genre names changed, so did society’s understanding of mental illness and neurodiversity.

What is neurodiversity? Using the Oxford definition, neurodiversity is “the range of differences in individual brain function and behavioral traits, regarded as part of normal variation in the human population (used especially in the context of autistic spectrum disorders).” The Diagnostic and Statistical Manual of Mental Disorders Fifth Edition doesn’t define neurodiversity explicitly, but it is essentially a psychiatrist’s bible, aiding them in diagnosing neurodiverse patients. Disorders can range from schizophrenia to attention deficit hyperactive disorder to post traumatic stress disorder to personality disorders and so, so much more.

Growing up, my father told me that ADHD meant that the affected kid simply wasn’t spanked enough. This was, of course, my view for years until I broke away from my parents to form more of my own opinions as an adult. Admittedly, it took my then-4-year-old being diagnosed with ADHD for me to research the term. The more I read, the more I realized that I very likely had ADHD as well – and had my entire life. So many facts piled up: my sudden dip into poor grades after elementary school, why I wanted to do tasks but simply couldn’t despite being fully physically able, my penchant for daydreaming to detrimental effect, my impatience waiting in line, my overly emotional states, and – perhaps ultimately – my tendency to hyperfocus when writing, an activity I’ve adored since I was 11 years old. Many, many more things clicked as well, but it wasn’t enough to read about it.

The Isolation of Going Undiagnosed

When writing Apocalypse NOPE!!, I realized Ivy-Jean mimicked my teenage self in more than a few ways. While I wasn’t friendless, I had an incredibly difficult time making friendships stick. I never got satisfaction from makeup or praise for acting feminine – if anything, my mother would scold me for wanting “male attention.” (Hilarious, in retrospect, as I came out as a lesbian last summer. For relevance there, read Kate Larkindale's article on The Importance of Authentic LGBTQIA+ Characters in Evernight Teen’s previous blogs. Had I such representation as a teenager, I might not have forced myself through several failed relationships with men as an adult.) Even when I tried to fit in, I failed miserably, having almost zero context for why certain things were trending.

I wasn’t just unpopular: I was low-key bullied. A friend in middle school told me, “People bully you because you look stupid.” She meant that I was a space cadet. My head constantly floated among the clouds, my obsession with anime before it was a beloved media an enormous turn-off for most of my peers.

One vivid memory of 7th grade band class stands out. I’d just packed up my flute and was sitting, awaiting the teacher’s instructions for our homework. Suddenly, my chest hurt. I couldn’t breathe. I started gasping and earned gawks and stares until the teacher had other flutists push some chairs aside and encourage me to lie down. The school called an ambulance and I was transported to the nearest hospital. When my mother showed up, all doctors could tell her was that I didn’t have asthma as they’d thought, so I had no diagnosis. On the way home, my mother tore into me for “wasting money” on the “enormous ambulance bill” and for “wasting [her] time and taking [her] away from work.” My protests made no difference. I don’t recall if I was punished, but it was one of many factors that soured my relationship with her, right up to the day she passed away.

So many of these issues could be attributed to undiagnosed neurodiversities. Had these been properly addressed, I could have been put on the right medication, or seen a therapist, or a psychologist, or some adult who had answers for my multitude of questions.

To this day, I bear the scars of these events and traumas. And now, Ivy-Jean is the clearest representation of those scars, even if her circumstances are wildly different.

“Only Crazies Go to Therapy”

Some of my peers were lucky enough to have parents who took them to therapy. To me, it was never a consideration. I wasn’t sick, just lazy and selfish and living amongst a mess of clothes strewn all over the floor, half a dozen partially-empty glasses of water/soda, and a poor student who only applied herself in subjects that interested her. It took two decades for me to realize that I wasn’t any of those things: I’d suffered undiagnosed ADHD. Moreover, both of my parents believed therapy was only for “crazy people.” Even on her deathbed, my frail mother screamed at the nurses for suggesting she talk to a psychologist about her fatal illness: “I’m not crazy!”

No wonder I went as long as I did without medication. In retrospect, it’s a wonder I’m even alive.

At age 18, I experienced a traumatic event. My then-boyfriend encouraged me to go to therapy for it. Fortunately, I listened – I made a suicide attempt shortly into it, and my therapist was a godsend, asking my doctor to prescribe Lexapro to help me get a handle over my immense depression, PSTD, and anxiety (still officially undiagnosed). The medication helped me work past the frequent nightmares and return to some semblance of a normal life.

According to my sister years later, my parents were furious that I attended therapy. This still wounds me deeply. I have no doubt that I’d have eventually killed myself without seeking help.

I had no one in my corner. And books, the things I loved most, only had neurotypical heroes and heroines. In the end, I saw very little of myself in anyone and kept longing to be normal, eventually accepting that I never would be.

Diagnosis YEP!! How Representation Could Have Helped Years Earlier

Finally, at age 32, my new psychiatrist diagnosed me with ADHD, major depression, anxiety, PTSD, and potential OCD. I remember a thrilling sensation of validation washing over me, followed hours later with blistering resentment. Why had nobody noticed? Why hadn’t I been treated years ago, when I could have developed better habits prior to my brain settling into its final state? Much as I stewed, there was no changing the past. I could only attend therapy and push forward.

After several medication titrations, I’ve so far settled on a cocktail of Adderall, Wellbutrin, and Zoloft. For the first time in my life, I can experience sadness without my chest tightening to painful, air-reducing effect. I’m less likely to spiral if someone throws a wrench into my gears. My nightmares are minimal. I’m less impulsive, more patient with my toddler and kindergartener, and adjusting to queer mom life far better than I could have ever imagined. Without addressing my anxiety, I might never have explored my sexuality and recognized that I was gay, not bisexual.

With unsupportive parents and a culture against therapy – even to this day, though it’s much more accepted – what could have made me feel seen, helped me vouch for my mental health at a younger age, seek better help? Three words:

Like many teens today, I was a voracious reader. I still adore YA for, in many other ways, helping me feel seen. I read almost every YA book I could get my hands on, from the paranormal to the contemporary. The characters I loved resonated with me. From the day I read my first YA fiction novel, I vowed to write stories that made others feel as giddy, electrified, and alive as I did.

Neurodiversity wasn’t represented then. While it’s slowly eking its way into modern books, there’s still a significant lack of voices from other neurodivergent writers.

This is a travesty.

Lots of kids and teens don’t have support at home, whether they notice it or not. Media tends to shape them far more, as their preferred consumptions provide a safe place for them to simply be. They see pieces of themselves in other characters – and when they don’t, they assume everyone is “like that,” and they’re the “weird” ones.

We’re not weird. We’re unseen and unheard. Unrecognized and unsupported. Unappreciated and unrecognized for what we bring to the table. And as the differences pile on – not white, not cisgender, not heterosexual, not Christian – we become more and more Othered. Permanent outcasts.

My history is one of hundreds of thousands, but there's certain to be at least one person who reads this, or Apocalypse NOPE!!, or another novel featuring neurodiverse leads, and that one person will see themselves in the work and realize, “I’m not alone.” As YA fiction authors, I personally find that to be our greatest duty: to give young readers safe outlets to explore who they are, what kind of person they want to be – and to assure them that they’re not the odd one out. No one is an outcast, not in the age of technology. There are others like us.

So those who have the means, use your voice. If an industry Big 5 professional says your vision can’t sell, dig past them.

If Ivy-Jean can ignite th0at spark in even one reader, the entire story has fulfilled its purpose: representing neurodiversity to someone who needed it, once more turning a Diagnosis NOPE!! into a Diagnosis HELL YES!! 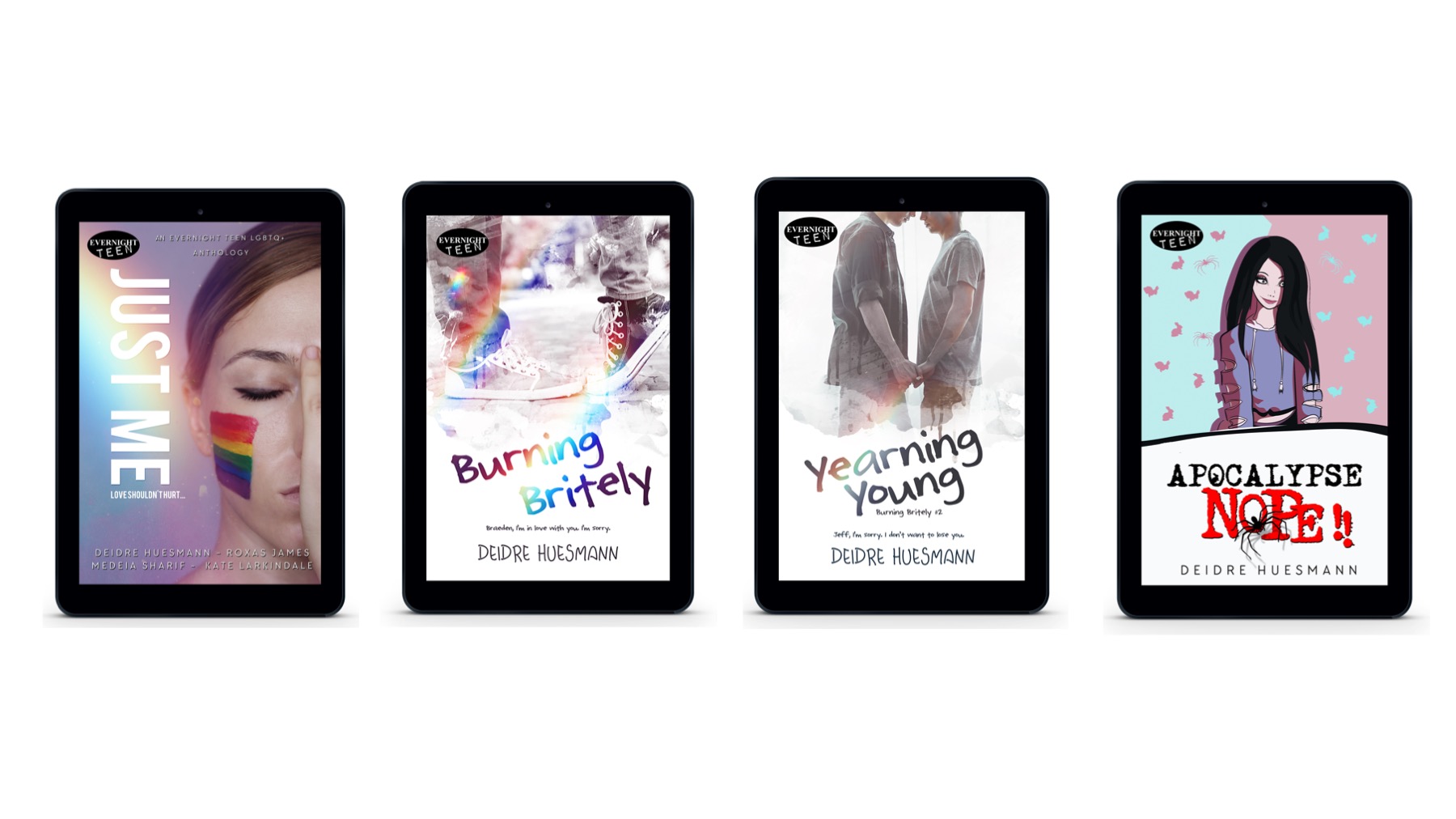 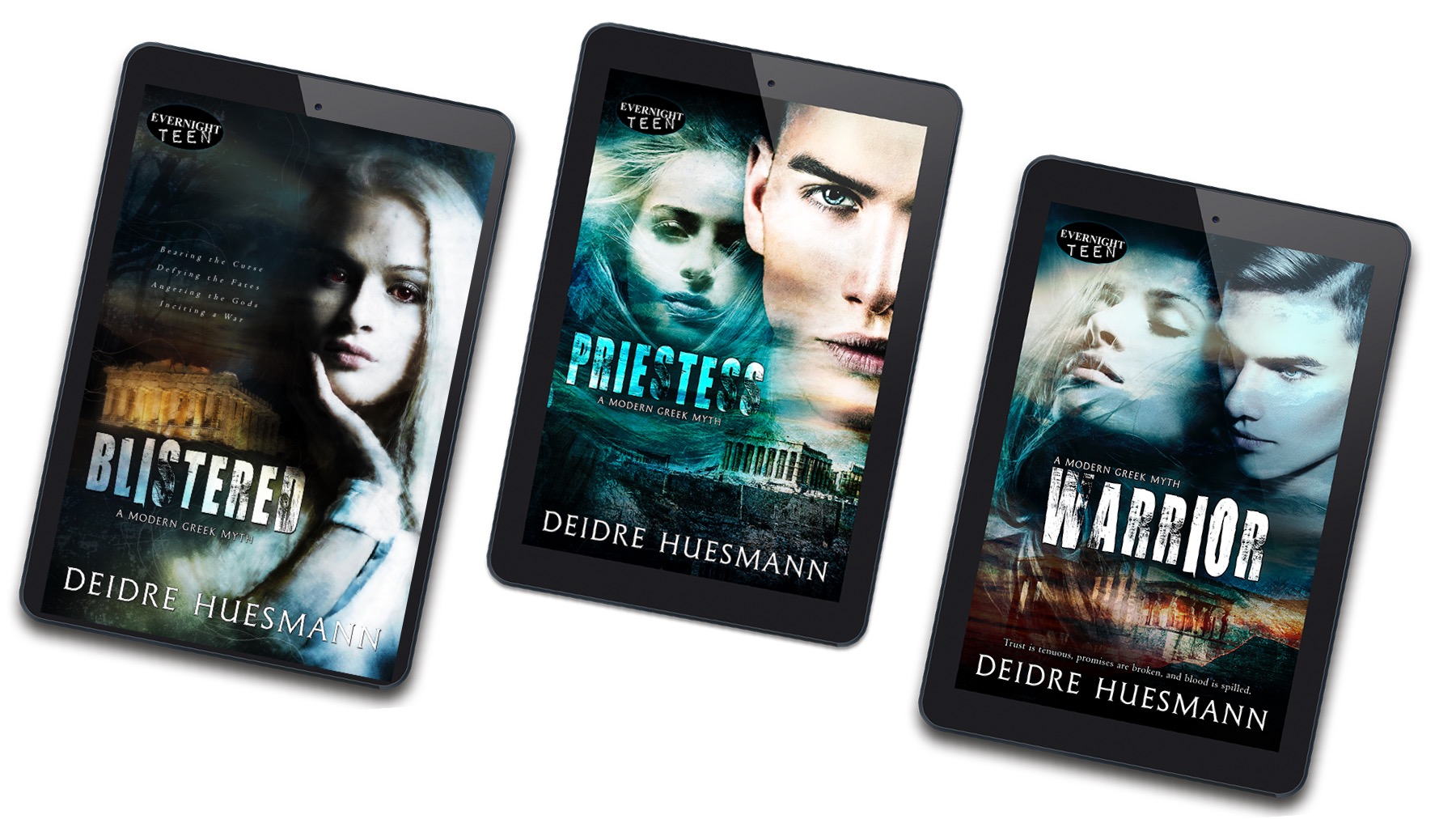