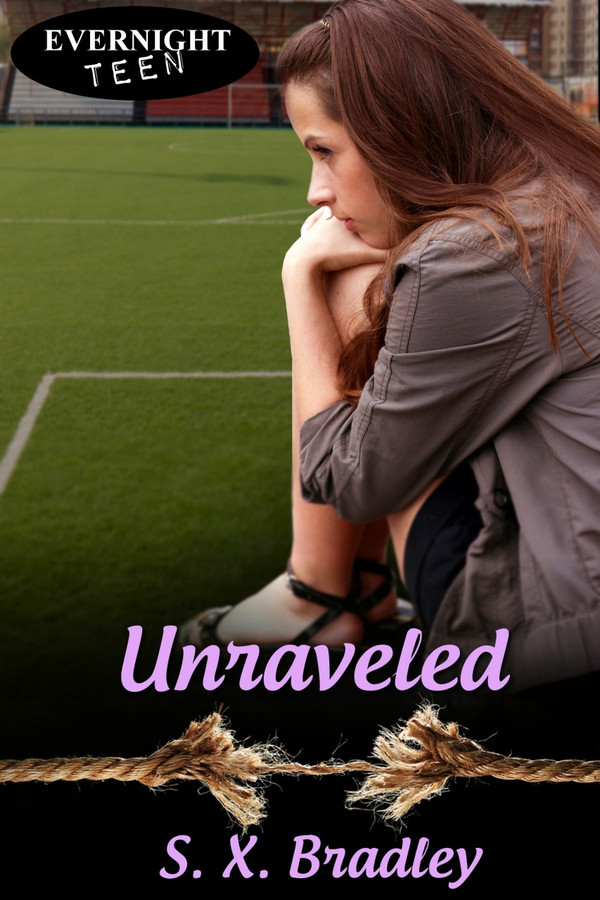 Sixteen year old math whiz, Autumn, spends her days reading about serial killers and dreaming of becoming an FBI Profiler. She never dreams her first case will be so personal. Her world is shattered when she comes home from school and discovers her murdered sister’s body on the living room floor. When the initial evidence points to a burglary gone wrong, Autumn challenges the police’s theory because of the personal nature of the crime. Thinking that finding the killer will bring her family back together, she conducts her own investigation using her affinity for math and forensics, but her plan backfires and her obsession with the case further splinters her family.When her investigation reveals the killer is someone she knows, Autumn offers herself up as bait and sets a dangerous trap to unmask his true nature and to obtain a confession for her sister’s murder.

“Autumn, yesterday you had told us that when you arrived home the front door was open. Is that correct?”

I leaned in toward the voice recorder on the table and said, “Yes.”

“Are you positive about that? We interviewed some of the neighbors, and none of them saw an open front door at your house?” No doubt Mrs. Jimenez had told them that. Now that she was retired, she had nothing better to do than watch her neighbors. I wondered if she had mentioned seeing anything to Detective Kasanoff. Maybe she saw something unusual that day, a stranger in the neighborhood, a suspicious car, anything.

“The door looked closed, but when I touched my key to the lock, it opened.”

“Do you know who was the last person to leave the house that day?” I looked over at my parents. Mami had her head buried in her hands. She shouldn’t be here, hearing about all of this. Papi had his arm around her and gave me an encouraging smile.

“What time did you leave that morning?”

“Did you leave through the front door?” I didn’t like where this was going.

“Yes, and I locked it behind me,” I offered before he had a chance to ask the question.

“How can you be sure? Look, I know how it is. It’s easy to get on autopilot in the morning. You do the same thing every morning, you get into a routine.”

I looked him straight in the eye and said, “I don’t forget things, Detective. I know I locked the door that morning.” He studied me for a moment and flipped through his papers.

“That’s right. Here it is. You’re some kind of math genius. You almost made the US Math Olympiad Team last year.” I wanted to reach across the table and strangle him. Someone had butchered my sister in my own living room, and he was reading up on how I’d choked on a freaking geometry question during last year’s Math Olympiad final round and failed to make the team?

“I’m gifted, Detective. I’m not smart enough to be a genius.” He broke into a smile. The first I’d ever seen from him.

“Is there really a difference?”

“Yes, about five IQ points.” He wrote something down.

“Let’s move on. You said you had come home because you’d left your math questions on the kitchen table that morning. Is that correct?”
“Yes.”

He lifted the folder up and produced some papers that were protected in a plastic bag. He placed them in front of me. “Are these the questions you were referring to?”

I looked at my parents, and both of them had their eyes glued to the plastic bag in front of me.

Without touching the bag, I looked at the front page and saw the first question. It was the Bernoulli equation question that Celeste had asked me that morning over breakfast.

“Care to know where we found them?” What did he mean? I’d left them on the kitchen table when I went to brush my teeth after breakfast.

“On the kitchen table?” I asked, trying not to sound sarcastic.

“No. In your backpack. The backpack we found at the scene yesterday.” He looked over at my parents this time. My eyes grew wide, and my mouth fell open.

“Mr. or Mrs. Covarrubias, did either of you put these math papers back into Autumn’s backpack after breakfast?” Papi left for the bakery every morning at 5:30 a.m. so he wasn’t even home. Mami had left right after Celeste and I had eaten because she had a dentist appointment. Maybe Mami’d seen the papers and stuck them in my backpack. Celeste had left about ten minutes before me. Her boyfriend Voss had swung by to pick her up. He did that every day.

“Mami, did you put the papers in my backpack?” Her eyes were swollen, and I swear she was two seconds away from passing out. Her gaze wandered around the room until it fell on me. She shook her head. My heart sank.

“Then it had to be Celeste. She must have put them in there.”

“Her fingerprints weren’t found on the papers.” How was that possible? The oils from her hands would have been transferred onto the paper if she’d stuck them in my backpack. It couldn’t have been her then. That left no one, and I had no answer. That wasn’t good.

“Autumn, look, I’m going to be honest with you. There are some things that just don’t add up here. We have witnesses that say you and your sister were arguing at school that morning and that she looked very upset. Care to explain what that was all about?”

I could feel the cell doors closing in around me. This was a witch hunt, and I was about to be burned at the stake.

My parents were staring at me, begging me with their eyes to explain what was going on. The question mark stabbed my heart. They knew that Celeste and I hardly ever fought. The last time had to have been when I’d accidentally given her a black eye when I was five and was trying to learn to hit a baseball.

I looked at the detective and said the only thing I knew to say. “Detective Kasanoff, I want a lawyer.”

Autumn comes home from school one day to find her athletic star sister stabbed to death. The novel opens with the gripping scene as she calls 911 and attempts CPR. As a gifted mathematician and forensic science hobbyist, Autumn finds herself frustrated with the police&#039;s lazy efforts to find her sister&#039;s murderer, so she takes it upon herself to solve the heinous crime. I instantly felt a connection with Autumn; despite her gifted IQ, she is an average teenager who has trouble making friends and meeting boys, and loves her family more than anything else. The grief felt by Autumn and her family is palpable and true to life. Each family member deals with their grief in different ways; some family members grow apart and others grow closer. With this wonderful story, I felt the magic of reading for the first time in a very long time. I highly recommend Unraveled to anyone who enjoys strong characters, mystery, love stories, and reading magic. I was completely immersed in the story and forgot about my own problems for the few hours it took me to read it. It was truly enjoyable and satisfying.

This YA mystery will intrigue you from the first paragraph. Through the layers of comprehensive and compelling circumstances, CSI-type details, and did she/he do it, this book will keep any reader engaged up until the last chapter. Great references to crime investigation, humor, forensics, and layered plot to keep you enthralled and needing to read on. Perfect for mystery fans, teens, and anyone who likes to solve who-dun-its!