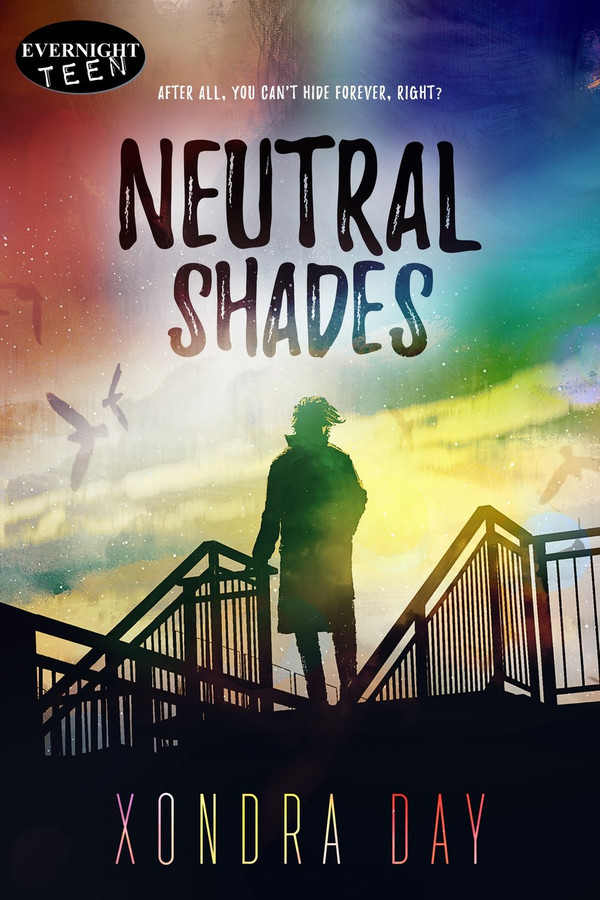 Forced to move and change schools just before his senior year, Greg Reese thinks his life is over until he meets handsome jock, Nick Anderson who is his dream guy in every way.

Sparks fly between the two, but neither are out. When they're caught in a compromising situation, Greg quickly finds himself dumped.

Moving on isn’t easy, but starting a summer job helps keep a devastated Greg occupied, along with forming a friendship with humorous and cute co-worker, Chris.

Chris is out and makes no bones about it. Greg has an instant attraction to Chris, and coming out now seems to be an option. After all, you can't hide forever, right?

16+ due to sexuality, language, and adult situations

“They’re all right.” Nick sounded indifferent as he spoke about them. “I’ve known them since kindergarten. Dee and Trent are dating, and I think Jake and Marissa are interested in each other. Right now, I’m the odd one out.”

I knew what that felt like. “I doubt that,” I replied without thinking.

“What makes you say that? You know nothing about me.” Nick didn’t sound offended––if anything, he sounded curious.

Going out on a limb, I spoke with brutal honesty. “Well, look at you.”

“You’re a good-looking guy. I doubt you have any problem with girls.”

“Am I good-looking?” I couldn’t meet his gaze after he said that.

“Oh, come on,” I paused. “You know you are. Have you looked in a mirror lately?”

He cocked his head to the side and looked away briefly before looking back at me. “I had a girlfriend.”

“Yup. We broke up at the end of the school year. She was a little too serious about us. I wasn’t into it. Don’t get me wrong, she was nice and all that, but It became very overwhelming. What about you? Anyone special in your life?”

“No.” I lowered my eyes to the chlorine-scented water.

“Have you ever dated?”

“I have never been interested in anyone.” Honest answer. “Does that seem weird to you?”

I felt the breath leave my body when Nick said that. “Nah,” I muttered.

“You are. I would imagine there are a lot of girls who would jump at the chance to go out with you.”

I had never tried to date. I know what I like. Using a girl to hide that wouldn’t have been a good thing to do. There was a guy at my old school who was out. He was a little flamboyant and lived his life the way he wanted without caring what others thought. While I wasn’t ready to come out, I admired him for being who he was. It took a lot of guts to do that. I shrugged. “Maybe.” It was the best reply I could come up with.

“Why would you think that? Just because I haven’t dated doesn’t make me gay.” I quickly became defensive. I mean, who did he think he was? We’d only met that morning, some hours ago, and he was already making assumptions about me.

“I didn’t say you were. There’s no need to get pissy with me.”

“I’m not, but you’re making assumptions about me.” I felt like I was about to vomit as my insides churned, making it hard to concentrate and focus on what I was saying. I backed away from him as he moved closer to me and turned to get out of the pool. I stood dripping wet and wished I had a towel. I put on my shirt, socks, and sneakers, not bothering to listen to what he was saying. I think he said he was sorry. I nodded my head, averting my eyes from where he was still in the pool.

“Greg, I’m sorry.” That was the second time he apologized. “Don’t be mad.”

“It’s fine.” I started to walk away and did not look back.

This is a coming of age gay romance. It is about the ups and downs of finally coming to accept that you are indeed gay and that it is OK to be gay. It is also about finding first love and losing that first love just as quickly. Greg and his family moved back to his mom’s hometown just before Greg starts his senior year in high school. To say that Greg is not happy about these changes is an understatement. For the most part he stays in his room once they move there until one day he ventures outside and runs into a guy around his age named Nick. Nick is going to be a senior as well and knows all about someone new moving to town. So when he meets Greg for the first time he tries to become friends with him. To say their friendship starts out rocky is an understatement but after giving the friendship a second try they find they have some things in common. Only problem is Nick lives his life by secrets and Greg is not one to like to hide behind secrets for the most part. Not only that but Nick also tries to tell Greg who he can and cannot be friends with and that does not go over well with Greg. This is a book about coming into one’s own. It is a coming out and being happy with yourself book. There are ups and downs throughout this read and there is mild heartbreak and new chances as well. I really enjoyed this book. It was a short read but a lot came out in this short love story.